When it comes to being served poultry, everyone does seem to have a favourite, with regards to white or dark meat. Many customers like the easy to eat lower fat breast meat and this joint is certainly in many restaurant dishes. However, dark meat is a growing favourite and seems to be preferred by many professional chefs, due to the flavour and more interesting texture. But have you ever considered what the actual difference is? 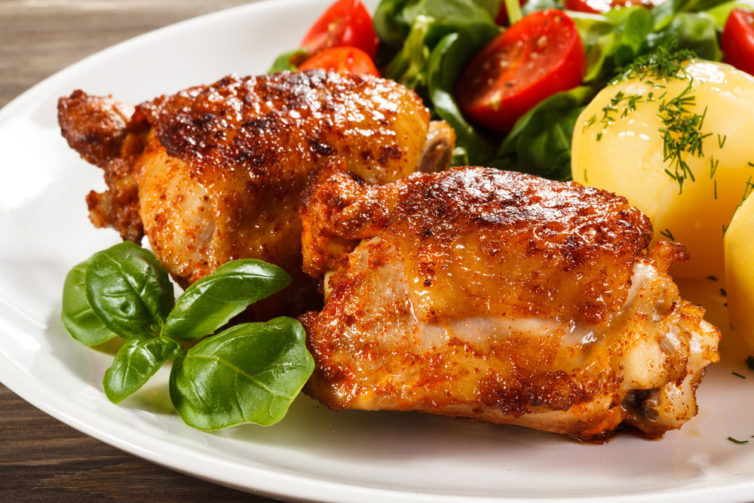 Why dark meat is still a healthy choice

The extra fat in dark turkey or chicken raises your levels of cholecystokinin (CCK), a hormone that makes you feel fuller for longer. So you’ll be less likely to overeat in the hours that follow your meal. What about your cholesterol? Only a third of the fat in a turkey drumstick is the saturated kind, according to a US food database. The other two-thirds are heart-healthy unsaturated fats. What’s more, 86 percent of that saturated fat either has no impact on cholesterol, or raises good cholesterol more than bad cholesterol—a result that actually lowers your heart-disease risk.

Some of the nutrients that are found in higher concentrations in dark meat rather than white meat are:

A bit about white meat

As with any meal, be conscious of your total portion sizes. A good rule of thumb: Limit yourself to 8 ounces of meat or less at any one sitting, which provides up to 423 calories. Eat that with a big serving of vegetables, and you’ll have a flavourful lower in fat meal.

Overall, both white or dark meat are relatively good for you, with dark meat offering up a wealth of great nutrients for your body and white meat providing fewer calories and grams of fat. In addition, dark poultry meat is still lower in fat than most cuts of red meat. Therefore, eating poultry for protein is an all-around better choice regardless of whether you choose light or dark meat.

If you’re concerned about getting the maximum health benefits from your meat, consider the following tips:

Obviously white or dark meat is personal preference and many customers like both. It also depends on the menu, as many dishes lend themselves to one particular cut of meat.